It has been the most difficult three years of my life, so far. What with being a Nigerian, living in Lagos (oh, I moved from Uyo to Lagos in 2016, so I am now a Lagos beb) and living in Nigeria with only a Nigerian passport. Abeg, anywhere you see me, give me a long, tight hug and squeeze dollaz and/or Mama Charlie into my hands...bad as e bad, Mai-Bornu and Uncle Clems, I go manage.

Have you ever had to deal with discontent or rather, being stuck in a rut? That's where I was for the longest time. I was stuck in a rut. I knew I didn't want to bake cakes commercially anymore, but I had no idea what else it was I should be doing, and it really did my head in. I love baking, honestly I do, but the daily hike in the price of baking products, and sparse patronage, made something break inside of me. Also, the idea of baking, just to get by and pay bills did not sit right with me. I really just wanted to bake from a place of comfort, not necessity and survival. By the way, if you see any baker, hug them tight and dash them something. They're really going through it. 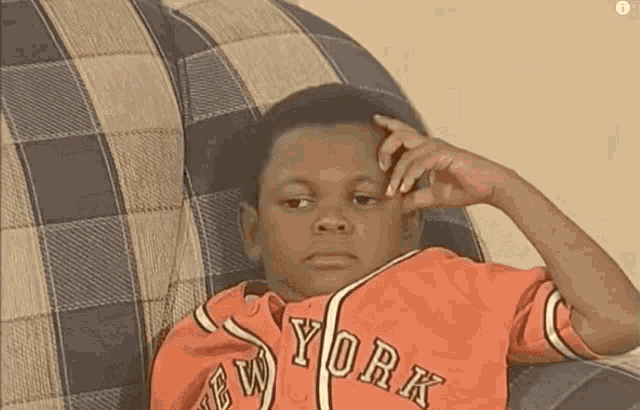 As I was saying, I graduated from University centuries ago, and had not used my degree for anything, or done any other thing academically that could get me a job, so I crossed that off my options.  I knew I wanted to do something very different from what I knew, something different from what I was known for, but I did not know what it was. Abi I should go read Medicine? Then I remembered I could not stand the sight of blood, or see flesh being cut, so I killed that thought.

I picked up my pen and paper to write things I was good at, and could do for work, but nothing came to mind. ABSOLUTELY NOTHING. So I kept baking, while dealing with that burn out. It was not a good place to be, and I never want to go back down there.

The whole of 2021, every time I'd scroll down my Twitter TL, there would be tweets about going into Tech. I would just shake my head and keep scrolling. As far as I was concerned, those people that were going into Tech, and already in Tech had two heads. Besides, I was 37 years old, how could I possibly venture into that? With which head? In my head, it was already late.

I kept seeing people tweet about this tech thing, I considered it fleetingly, but had no idea how to start. Then one day, I saw a tweet about AltSchool Africa, and their diploma in Software Engineering. I liked the terms and conditions, and on a whim, I applied for a diploma in Front End Engineering. All I had to do to qualify was to pass the assessment test, and the cut-off was 85%. I checked further, and Quantitative Reasoning questions were part of the test. "Is this how I will chop disgrace?" I kept asking myself. How on earth was I supposed to meet that cut-off point? 😓😓😓😓😓😓 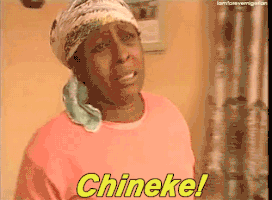 I studied the materials we were given to prepare for the test, but I kept doubting myself. I would wake up some nights, drenched in cold sweat, because I suddenly envisaged how I would probably score 45% in the test. And I had told people already, that I was going into tech so my disgrace was going to be televised. 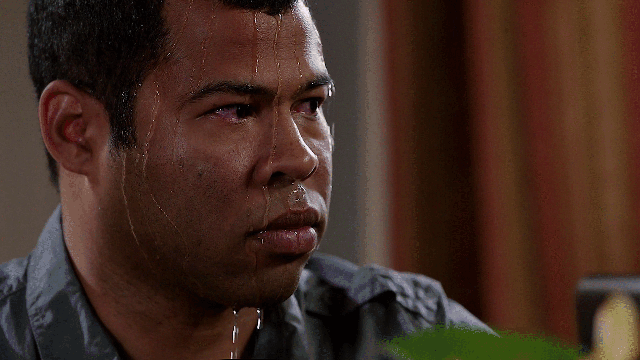 Thankful for Arit, Chy and Obinna who kept assuring me that I was not an olodo, and would pass the test, each time I ran to them to say how afraid I was of failing. They actually believed in me, more than I believed in myself.

Fast forward to February, abi was it March... test questions came, and I remember my hands shaking violently as I clicked on each answer. I was so sure I would not make the cut-off. Then, I submitted and waited for my result, which came almost immediately. I opened it sneakily and OMGGGGGG I PASSED.

I mean, I scored 85 on the dot...EVEN THOUUUUUUUUGHHHH!!!!! I was INNNN! I could not believe my eyes. That pass was all the boost I needed.

April, classes started in ernest. When I saw what we were supposed to learn and do, I started wondering if I should not just quit while it was still early😭😭😭😭😭😭😭😭😭😭😭

What the hell is this HTML and CSS? Why do they look like Sanskrit and how on earth am I supposed to know and master these? "Ugo, are you sure you want to do this?", I kept asking myself. I kept at it, started trying it out myself, watching other video tutorials, practicing as lessons were ongoing.

First page I ever did after writing a line of code got me really tickled. I squealed in excitement. It felt really surreal...it still does. 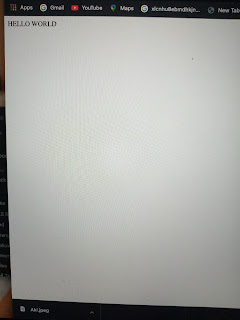 Two months in, and I am happy I started. I mean, see me writing lines and lines of code, able to link CSS to my HTML file, and do magic on my laptop. Heck, even showing others how to do stuff. I still squeal when I see my work on the live server. It is all so exciting for me. Is it easy? heavens, no! But I like that I am able to walk through every difficulty, eventually. I pray I never lose the excitement, and that I follow this course through, and complete it successfully.

Meanwhile, here is a link to my first ever project.

I hope to share this journey with you, as I keep posting more of my projects as I advance and get better, so I consider you all to be my accountability partners.